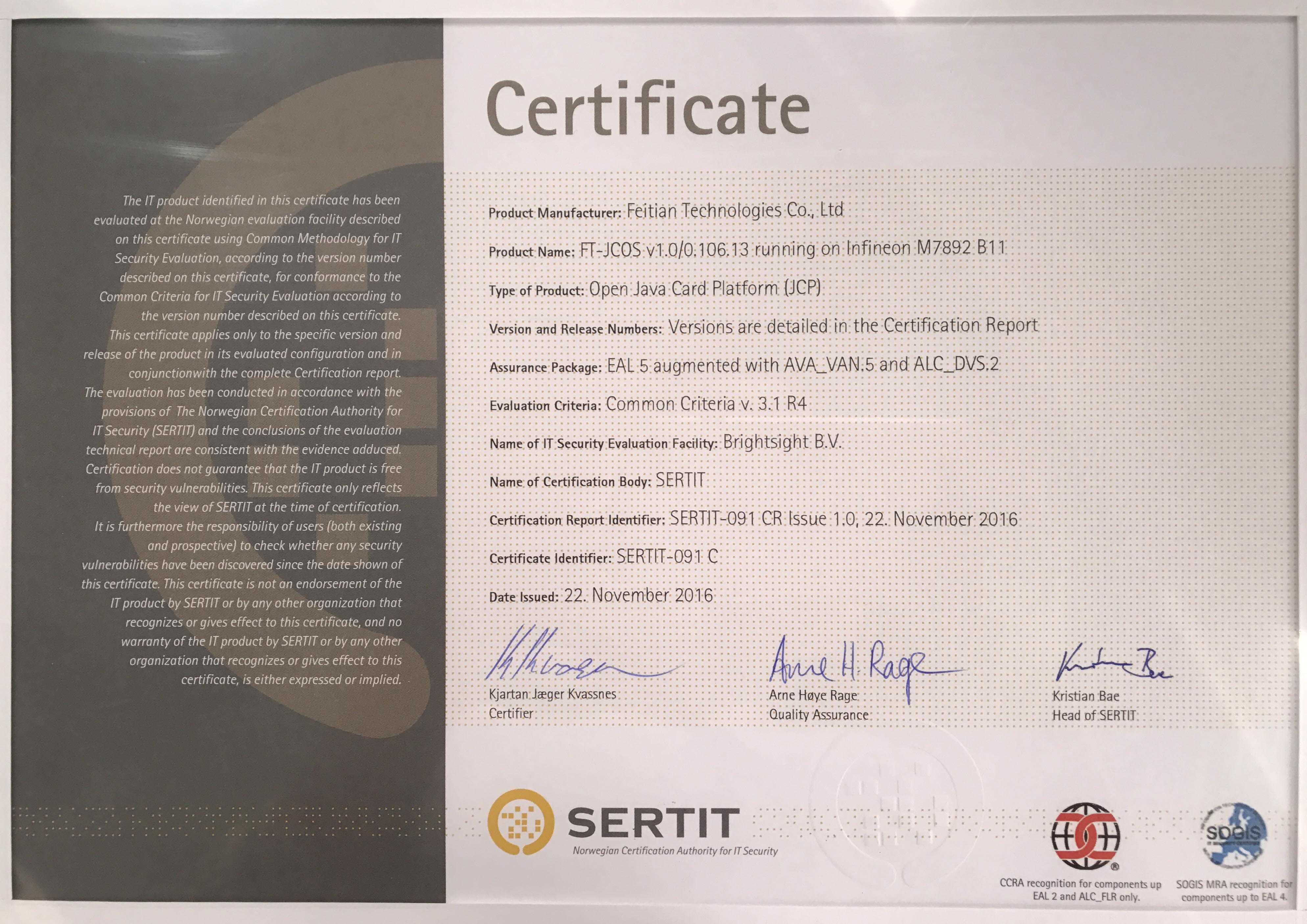 We know that CC is accredited worldwide in IT products. Compared to the CC EAL 4+ testing standard, the CC EAL 5+ have higher level of security requirements and the testing standards are more stringent. FEITIAN Java card operating system platform FT-JCOS has strong security features. It could not only resist common attacks such as voltage, frequency, temperature, laser, profile and other invasive semi-invasive attacks, but also can effectively prevent the leakage caused by the electromagnetic field monitoring which is the so-called side channel attack (SCA). It could even resist high-level template attacks.

Since 2014, Norway SERTIT staff came to FEITIAN to research for three times. FEITIAN FT-JCOS performs well in all areas through a series of rigorous and complex evaluation tests and finally meets the highest test and review standards. The related certificate and testing report has been announced on SERTIT and CCRA official website.

About CC
Common Criteria(CC) is the abbreviation for information technology security assessment common criteria. CC is accredited worldwide in IT products. There are 26 countries from all over the world that join CC Mutual Recognition Arrangement(CCRA) and each country just establish the only certification authority that represents the country to jointly operate CCRA. According to CCRA, CC certificate is accredited by all the 26 member countries that makes it authoritative. CC authentication has 7 levels from EAL1 to EAL7 in accordance with Evaluation Assurance Level. As the product with high security requirements, Java card platform is worldwide accredited with EAL 4+ and higher level. FEITIAN Java card platform FT-JCOS obtains CC EAL4+ certificate in July, 2016. And now in December, it obtains CC EAL5+ certificate.